A great deal has been written about José Fernández, the Miami Marlins star pitcher who died in a boat accident this morning. It’s awful for anyone to die at such a young age – he was just twenty-four years old – and that will be amplified for many by his prominence as a Marlin (a franchise which has had rough treatment from its ownership over the years and often not much to cheer about) and a Cuban in Miami.

One image which struck me was that of fellow Cuban defector (and hitting superstar for the New York Mets) Yoenis Céspedes, taping a Fernández jersey to the Mets dugout wall during the victory over the Phillies today. 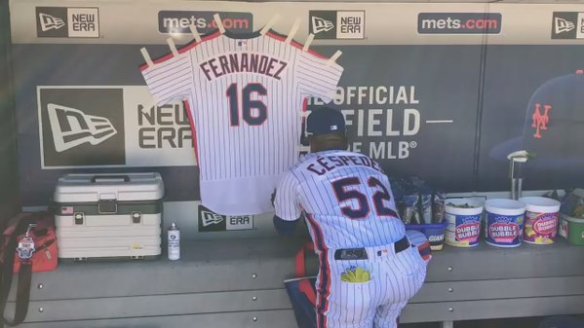 The two had things in common – both were stars on teams down on their luck, both Cuban defectors – but their trajectories were very different. Céspedes is thirty, and arrived in the major leagues in 2012 already a star in Cuba. He had established himself at the local and international level and defected to the Dominican Republic in 2011 before signing a $36m/4yr deal with the A’s in 2012. (Interestingly, he may have been close to signing with the Marlins too).

Fernández had a much tougher, more contingent and more circuitous route to the United States and the big leagues. Several attempts to flee Cuba preceded a successful – though apparently highly traumatic – voyage to Mexico in 2008, during which the teenage Fernández reportedly saved his mother from drowning. While as an established player Céspedes (like Yasiel Puig and Aroldis Chapman) could sign a free agent contract for really big money, Fernández went into the draft like every other budding young player, being selected in the first round by the Miami Marlins (albeit pocketing a cool $2m in the process). His precocious talents didn’t linger long in the minor leagues, and after just a year he was up in the bigs, an All-Star and then Rookie of the Year. Like Céspedes and Chapman he quickly became known for his explosive talent, but his raw skills were probably more impressive and he could well have gone on to be an all-time great pitcher. He also charmed many – and yes, as a Met fan who cannot stand the Marlins in the ordinary course of things, I include myself – with his evident delight in playing the game. 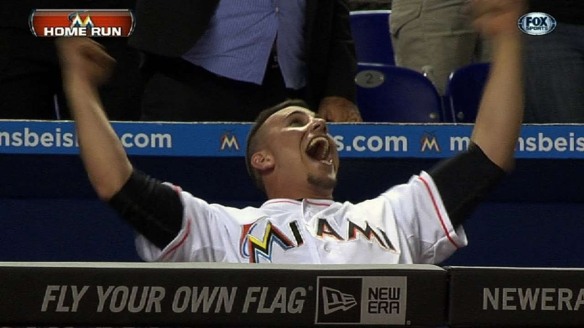 The individual cases of the players I’ve mentioned may, in time, have a good deal to say about the specificity of the Cuban-United States relationship, its antagonisms, its contradictions and co-dependencies. There has already been much ink spilled making crassly triumphalist political points. But further thoughts on these stories – and those of Puig, or Chapman, or the hundreds of thousands of Cubans who have gone to the States to pursue lives much more ordinary than those of All-Star baseball professionals – should probably wait. For now, we should maybe just dwell on the dazzling talent and unbridled enthusiasm of a young man who has died much too soon, and think of those close to him.